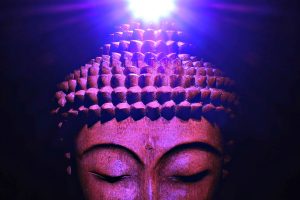 The Chakra is a big part of the New Age thinking and it is part of yoga and new age thinking.  The chakra helps you to view your life and your body and to have physical healing.  This is different than some things and is part of self-realization that the body and the mind need to be opened and opening the chakra requires change that can happen after meditation.

The chakras became part of yoga because yoga is part of meditation and can help to calm the mind.  This is how your life revolves around you and can center you in your astral body, your physical body and your mind.  When your chakra is open, it allows you to reach a higher state of consciousness and can help you to be aware of yourself.

Sometimes, when people think about balances to the chakra, it is talked about as a disease.  This is when treating the chakra becomes important, but some healers claim that they can bring healing to the chakras while others feel that the energies that people have can change the chakra and bring knowledge through experience.

Most chakra healing is part of color therapy, herbs, gems, crystals and psychic healers who help with their occult powers to make you better while working on the chakras in the body to open them and awaken them.

When you use yoga for chakra, it is not for healing, but it is for understanding yourself.  The internal practice of yoga means that you pray and do what you need for yourself and that you use other things such as diet and herbs as a secondary source.

With yoga, most humans will be saved by this spiritual practice and many feel their chakra is closed and that it does not work right because of a disease or some problem but this is not true.

When you live in this false reality, you will not be able to see the true body or mind or be aware of your own self and you will think that since your chakra is closed that you are not able to be healthy and that you will be unbalanced emotionally, mentally and unsuccessful.  The truth is that the chakra goes beyond the mortal parts of this and that it is the center of your physical body and can take part in the digestion, respiration and reproduction parts of your body.  Yoga views the chakra as a part of healing but as a secondary healing.

Some people confuse their chakra with the functions of the physical body, and they don’t understand that the parts of the body such as the spiritual body and the physical body belong in different plane.  Some of these planes can only be reached by dreams and some with out of body experiences.

The chakra is not part of this and even though it plays a role in your awareness and your spiritual awakening, it can corelate with the body and with the mind and the two are not the same.

When the chakras come together as one function and have a high source of energy, they can help the physical body.  The role of the kundalini which is serpent power is that it is energy that is part of being aware and paying attention to what you are thinking and giving you free thought.  A person has this gift when they are able to move beyond thought and enter a prana or a life force where the sushumna is the center.  This is when you think through your thought process and share an energy with the physical body that cannot be taken away.  When you get the kundalini working and open the chakras, it means that you go into a trance and that you become part of the unconscious body and are in a waking state without moving.

Chakra and the Organs

The chakra take place in different parts of the body such as the heart, navel, sex, root and other chakras and all of them are part of the physical body.  They are also elements of the earth, air, fire, ether and more and they control the cosmic functions of the elements and the chakras give access to our lives.  When a chakra is opened, it means that it can give you knowledge and unity with the elements and the organs.  This is where the chakra is opened and helps the body to function correctly.

An open chakra can make you have a strong sex drive or can cause you to have an overly emotional life.  This can be energies that are universal and come with feelings.  The chakra as the sex center or the heart center helps the organs in the body to function right and when the chakra is open, you will see signs such as the physical organ working correctly.

When you have an open chakra, you can tell by having a deeper sense of being one with the universe and nature.

The Earth chakra is when you are able to experience the earth such as the dirt, hardness, texture and you are able to feel the vibrations of the earth.  You might even smell things and know that you are part of nature.

Water chakra is when you take part of the elements of water and you are prone to wetness, softness and coolness in nature.  This is when you can even taste the water and the energy.

The Fire chakra is the third chakra and is one of cosmic fire.  This is unity with different energies such as light, heat, color, illumination and gives you an understanding of fire energy.

The fourth chakra is the air chakra and it is part of motion, subtlety, change, penetrating things and is part of the life source.  This is when the cosmic air will give you energy and will help to increase your consciousness.

The fifth chakra is the ether chakra and is part of the experience of space, light, clarity and structure.  This helps you to understand all of the chakras and energy around it.

When the mind chakra or the third eye is open, it opens you to creativity, like mindedness, discrimination, perceptiveness, and being able to detach.  This allows you to be able to put all of the elements together and to have an open mind.  This gives you divine perceptions and manifestations.

The seventh chakra is part of peacefulness, infinity, happiness, immorality and self-realization.  It allows you to see yourself as who you are and know that you can rely on yourself.  It allows you to experience sounds, lights, deities and visions.

All of the chakras work together to help you to be part of the universe and to become one with nature.  You are able to work in sub-planes beyond the physical world and you can use your senses and life force and have power of them.

Not all yoga ideas explore these worlds of the chakra and it is important to unify them and to notice when there are different things going on in the world.  There can be different images or thoughts such as bubbles and waves.

Opening the Chakra too Fast

If you open the chakra, you need to have a pure heart and mind and you need to not force it.  IF you awaken it too fast then you can lead yourself to being disturbed and being stressed.  This can cause you to lose your energy and to not be awakened like you could have been.  This can bring on nervousness and disturbances in your mind.

This can also cause you to have the chakra shut down and slow down with less activity and cause it to be deranged.

Healers can help to bring the physical body and the chakra in line and can help to treat emotional and physical problems that some people have.  These can be imbalances and can be form an external situation.  The healers might want you to change your diet or to practice yoga or other practices including gems and crystals.  This can lead to a disciplined lifestyle.

Understanding the chakra is not the end of it and you have to learn to understand yourself.  You have to be able to reach into nature and focus on the chakras and things that develop around you so that you can understand and know what you are doing.  Things you eat can affect your body and the chakra is like a map of your body that helps you to know where you go astray.  The goal is to always be seeking.

Siddhis is when there is yoga like powers that can help you to have power like to levitate someone.  This is when the chakra is open and other powers enter into the body.  These can by physical powers and can bring about energies that you can use in your physical body and your unconscious mind.  These can be visions and trances and can put you in trances where you are often in other parts of your mind and having different spiritual experiences.

Online Psychics Blog Moderator
Previous Palm Reading Guide
Next Have You Lived a Past Life? 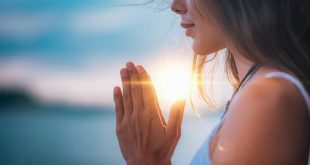