his own existence. There was a deep belief that animals, nature and objects held a connection to spirits and the spirit world. In order to have a feeling of appeasing these forces, different behaviors or customs arose that would dictate a favorable fate and good fortune. Many superstitions have come from mythology, where omens were common.

There is a term for a fear of the number 13 — triskaidekaphobia, of Greek origin. The term for a
fear of Friday the 13th is paraskevidekatriaphobia. Across many cultures, the belief that the number 13 is evil
and brings bad luck is so strong that many hotels, office and apartment buildings do not have or recognize a
13th floor, airports usually do not have a 13 th gate and many people stay home on Friday the 13th.
The Chinese and ancient Egyptians believed the number 13 brings good fortune. The Egyptians
believed in 12 stages in life toward spiritual enlightenment. The 13th stage was the eternal afterlife. In this
sense, death was not a place of fear, but a place of high regard for the afterlife. One theory about why this
negative belief about the number 13 exists is that Judas, who betrayed
Jesus, was the 13th person to be seated at the Last Supper.

Historically, it has been believed that spilling salt will bring a person bad luck. More so than bringing bad luck, it is an invitation to let the devil in. Origins of this superstition may date back to ancient times, as salt was used in early rituals and practices. In many cultures it was believed to be a powerful magical substance. There is yet another Christian belief ascribed to this superstition. It is believed that good spirits exist on the
right­hand side and that the devil is seated at the left­hand side of God. So, when we spill salt, it is important
to throw the salt with our right hand over our left shoulder to keep the devil, evil and bad luck off of our
backs and behind us. 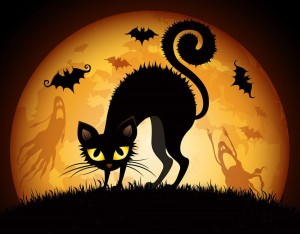 If a black cat crosses your path, bad luck will come to you, and it can also be an omen of death. In another version, it is believed that if a black cat walks toward you, it will bring you good luck and if it walks away from you, it takes good luck away. In ancient Egypt, all cats, including black ones, were highly  regarded and well protected from death and injury. It is customary in England and Ireland that black cats bring good luck. 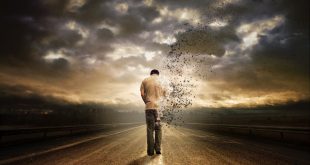 Everything contains energy. Energy is can neither be created nor destroyed. All people are filled …